Here you will find all the resources you need to help you along your path as a BSC Coach! There are links to various online education outlets like in-depth practice session prep, coaching license class info, how to develop amazing young players and more!

We will also use this page to promote our seasonal “On-Field” Clinics and refresher classes which are completely FREE for all of our volunteer staff.

Inside this link you will find all the necessary resources for In-Town coaches. If you have questions about anything not seen inside this link please contact us using our SUPPORT DESK feature. 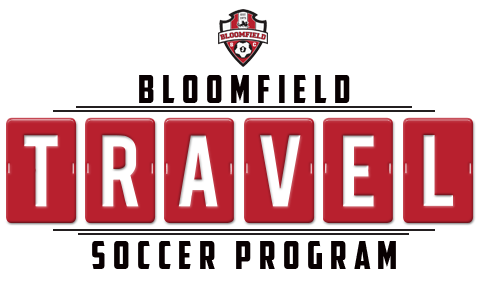 Inside this link you will find all the necessary resources for our Travel coaches and team staff. If you have questions about anything not seen inside this link please contact us using our SUPPORT DESK feature.

A complete breakdown of the necessary team and individual requirements for coaching Travel soccer.

While no child will likely suffer any long-term harm from a season with a number of one-sided losses (especially if the coach explains that this is a normal part of sports), we believe a six-goal margin is enough. The sportsmanship lesson of not kicking someone when they’re down is important both in sports and in life in general.

Though we do not publish scores or keep standings for U13 play and younger, we will be monitoring scoring differentials and contacting coaches when there are large margins in any age division.

1. Explain during practice why blowouts should be avoided in the interests of good sportsmanship. Teach these steps in practice. Once a game is in progress, it is virtually impossible to introduce these ideas for the first time and expect the players to grasp and remember them.
2. Begin using these steps when you are ahead by a three-goal margin since there still could be additional scoring despite these steps which could push the margin to the six-goal limit.
3. Designate one or two shooters. Only those designated can take shots. Advise them that the shots should be taken from outside the 18-yard box and/or only with the other foot, and/or only after receiving a pass back from closer to the goal. All these help your players build their skills.
4. Don’t always try to pass the ball to the designated shooter (s). Instead, practice possession and in the process, let defenders get some touches. This doesn’t mean we should play keep away for long periods of time but a couple of minutes at a time is good practice.
5. It is nice to give defenders a chance to play forward or midfield positions. Players should always play more than one position. They usually have more fun, increase their chances of getting more playing time when they reach higher levels and you may discover they are as good or better at the second position. However make the move when the goal margin is four, because defenders are often so anxious to score that moving them when th margin is six often leads to higher differentials.
6. Ball possession may involve a designated maximum number of touches by each player before passing the ball (e.g. 2, 3, 5), whatever is reasonable for the particular age group.
7. Try to build the attack from the back through the midfield, instead of sending long balls into the offensive third of the field.
8. These are the games when players who don’t usually start should get much more playing time.
9. The goal is to take these steps quietly, so they are not obvious to your opponent. Please don’t yell out, “Don’t score any more” or anything similar that could embarrass the opponent. That is a key reason why it is important to work on teaching these techniques during practice, not at games.

At the start of each game, the teams will be checked by the referee to make sure the players are wearing shin guards and not wearing jewelry of any kind.  Band-Aids are not allowed to be worn over pierced parts of the body.  No shin guards, no play.  Players must have socks that cover their shin guards. Players must also wear their jerseys on the outside of any other clothing.  While cleats are not required, they are highly recommended.

We ask that practices be limited to once a week since we have limited fields and space available.  Practice is on a first come first serve basis and we ask that you work together with other coaches.

It is important for all coaches to understand that some of the referees that will be utilized are resident teenagers.  Some have gone through extensive training and are certified Referees, while others will have gone through some instructional types of training.  All have played soccer at some point in their lives.  Remember that it is the decision of the referee during the play that counts as to whether a foul will be called or not.  You may see something that the Referee doesn’t, but you are not the game official, they are and will make the appropriate call as they see it.  At no time is a coach to approach a referee.  If you find that there is a problem with the way a referee is handling a game, please contact us with your your concerns.

Rules of the Game